A Special Thank You to our 2013 Dealer Meeting Entertainment!

Bad Boy Mowers would like to extend our thanks to Ryan Couron, Paul Harris and Jason D. Williams for performing at the 2013 Bad Boy Mowers Dealer Meeting!

As we mentioned before, the 2013 Bad Boy Mowers Dealer Meeting was a huge success. We always enjoy seeing all of our hard working dealers and having a good time. The food was excellent, the Branson, Missouri scenery was beautiful and all our activities were fantastic, but we are always extra fond of our dealer meeting entertainment, and this year we proudly featured all Arkansas talent.

On Sunday night we were treated by a concert from Ryan Couron. Ryan is an upcoming country music artist who resides right here in Arkansas. Born in California, Ryan Couron is a natural country boy by God’s grace. When on stage, this 26-year-old melts his influences into a sound mixed with traditional country and southern-rock with a healthy twist of the new country music as well, contributing to the establishment of his strong fan base in the entire Arkansas area. Combined with his original songs, including the debut CD “Play What I Feel Like,” a comfortable and confident stage presence and strides toward a new direction.

One of Ryan's largest early accomplishments came in October 2011, when Ryan won the KSSN Country Radio Station’s “Battle of the Bands Contest” in Little Rock. It had over 90 bands entered for the opportunity to open for Diamond Rio, Sara Evans, Eric Church and Toby Keith at the Zoo Jam on October 2nd, and was based on daily fan votes, which Ryan lead from the very beginning.

On a more personal note, Ryan still resides in Benton, AR to take advantage of the resources country life has to offer. His musical style was influenced by such greats as: Chris LeDoux, Randy Travis, Travis Tritt, Alan Jackson and Hank Williams, Jr. He discovered his vocal talent in a peculiar month long experience at age 16, while attending a Catholic seminary for Gregorian chant classes in Pennsylvania. Ryan is a charismatic, raw talent dedicated to his musical career and his passion can be seen in how he meets and greets with his crowds, fans and friends.

Monday night featured a pair of entertainers that kept us laughing and dancing. First up was Paul Harris, an Arkansas comedian who is no stranger to Branson. Paul tickeled our funny bones with his own personal blend of backwoods comedy and musical stylings. Paul does a pretty good job of summing up himself by saying, "From the hill country of Arkansas. And I know what you're thinking. Hillbillies are a bunch of beer drinkin, kid beatin, sleeping with your cousin, deer killin, fish fryin, gun toatin, Copenhagn dippin, carnival workin, crash-up dirby drivin, pig chasin, NASCAR watchin, frog giggin, one tooth havin, inbread rejects. That is not true... I have all my teeth." 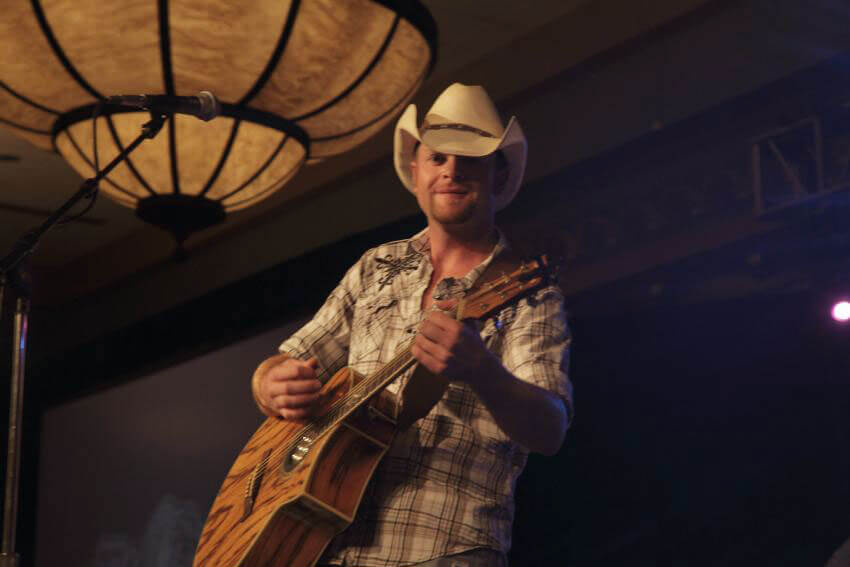 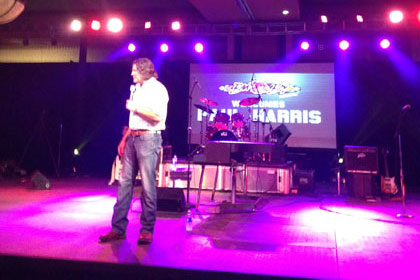 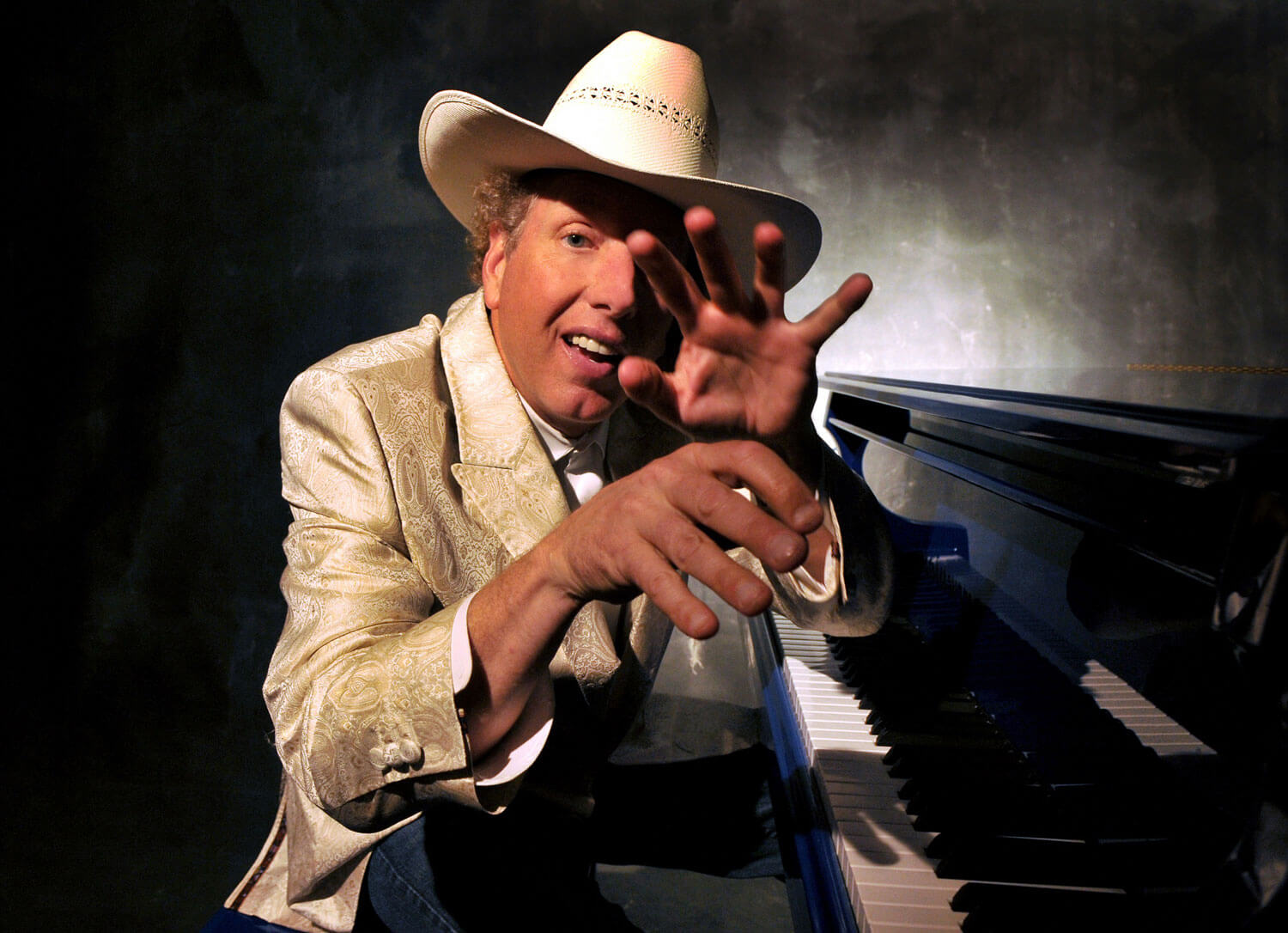 Next up was our featured performer, Jason D. Williams. Jason is a wild man on stage and takes his brand of raw, vintage rock very seriously and reminds everyone of a time when rock was all about piano power. He has spent a lifetime behind the piano, connecting with count and rock greats, while creating a persona that is 100 percent original.

After decades of being celebrated for his take-no-prisoners approach to performing country and rock 'n' roll penned by others, Williams has added a new element to his artistry, songwriting.

The rock 'n' roll history of Memphis looms large in Williams' world. He recorded for RCA and Sun Records in the 1980s and '90s, and returned to the recording fold in 2010 and has continued steady since.

At the age of 16, Williams left his tiny hometown of El Dorado, Ark., to perform with LaBeef who had set up a base of operations in northeast Massachusetts.

Williams, who continues to work with LaBeef on occasion, went solo in the late 1980s and found a steady home at Mallards in the Peabody Hotel in Memphis, TN when a snowstorm stranded him a few steps from the Peabody door, quickly he attracted a following and the rest, as they say, is history.

After several years, he left after signing with RCA, which released his first album, "Tore Up," and he stayed on the road after Sun Records issued "Wild" in 1993. "Don’t Get None Onya’," released in 2004, captured the power of his blend of honky-tonk country and Memphis rock 'n' roll and was the birth of his own label. “Rockin”, “Killer Instincts” and “Recycled” soon followed and the latest album is in progress now.

Williams is also no stranger to large motion pictures, movies as we call them. Williams performed all of the hand shots for the movie “Great Balls of Fire” starring a young Dennis Quad and was also featured in “The War Room” documenting Bill Clinton’s race for the White House. He’s also had numerous television appearances and various shows on MTV, VH1 and CMT.

A wild man onstage, Jason accredits influences like Jerry Lee Lewis, Moon Mullican, Memphis Slim and Al Jolson, for helping to develop his vast repertoire and seemingly endless energy. “I’ve always welcomed the comparisons; my influences were some of the greatest entertainers ever to be seen.” Jason continues to tour more than 160 shows a year.