On Point Motorsports and Brennan Poole welcome back Bad Boy Mowers as Primary Sponsor for the NASCAR Gander Outdoors Truck Series event this weekend at Martinsville Speedway. For the second time this season, Poole will fly the colors of the Batesville, AR company on his No. 30 Toyota Tundra in the first short track race of the 2019 season.

"It is really cool to have Bad Boy Mowers on the truck for Martinsville this weekend," stated Poole. "We debuted their sponsorship in the season opener in Daytona and we had a really strong run going for them before getting caught up in an accident. While I haven't driven a truck at Martinsville before, I did compete in the big late model race there in 2009 and finished third - I feel that I had the race won before a late caution. So, I am very optimistic about this weekend and look forward to a very strong run in our No. 30 Bad Boy Mowers Toyota Tundra."

Poole is coming off back to back top-20 finishes after a disappointing finish in the season opener in Daytona. The Texas native currently sits 15th in the NASCAR Gander Outdoors Truck Series overall drivers' standings.

"We had a great first experience teaming up with Brennan and the On Point Motorsports team earlier this year in Daytona," stated Bill Hurst of Bad Boy Mowers. "Brennan and the team have continued to impress and be competitive every time they unload. All of us here at Bad Boy Mowers love super speedway and short track racing and it doesn't get much better than the "paperclip". We are excited to unveil on our black paint scheme on the No. 30 Toyota and be the primary partner for this weekend in Martinsville."

The running of the NASCAR Gander Outdoors Truck Series 250 will be Saturday March 23rd and can be seen LIVE on FOX at 2:00 pm ET. 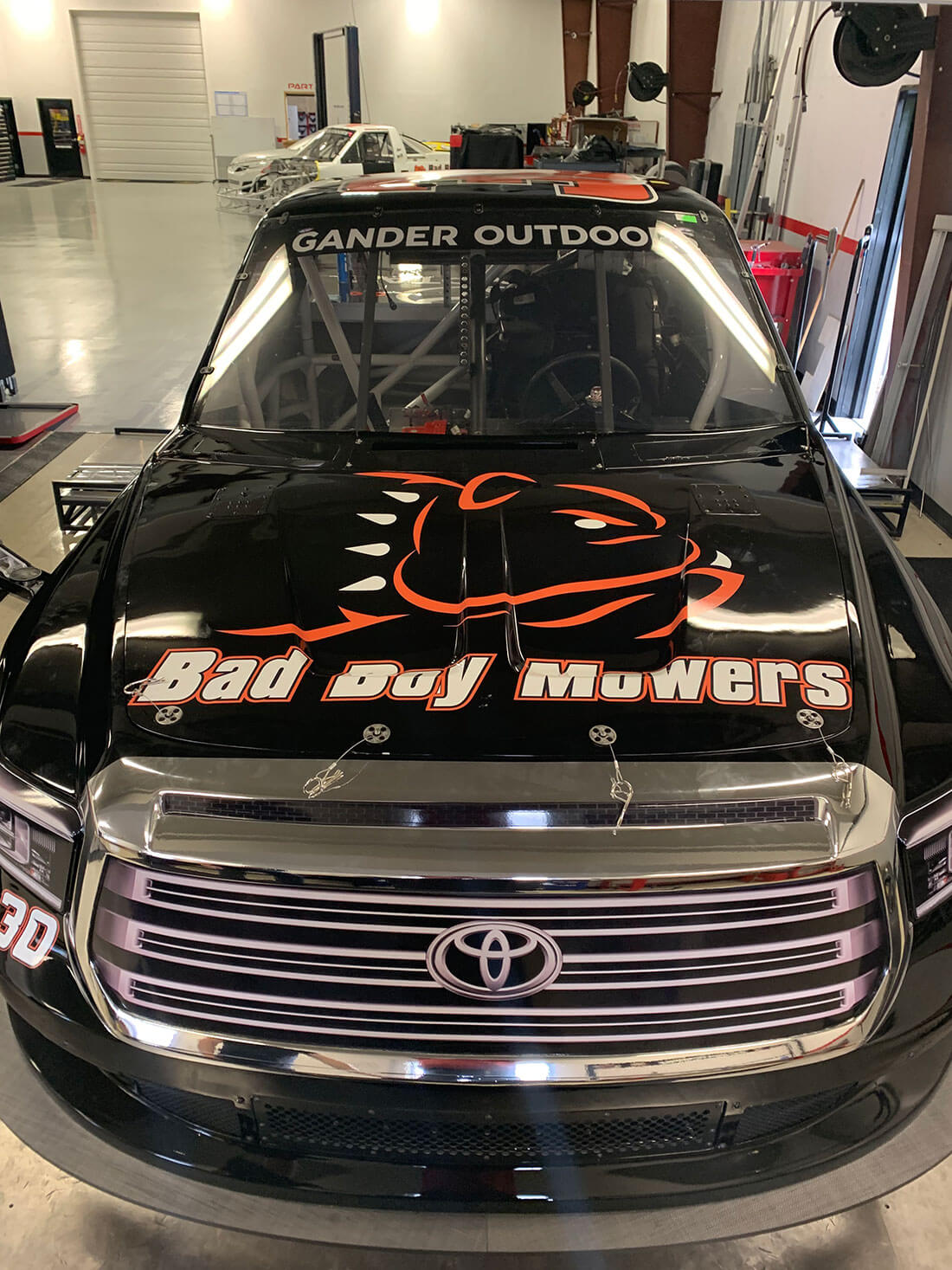 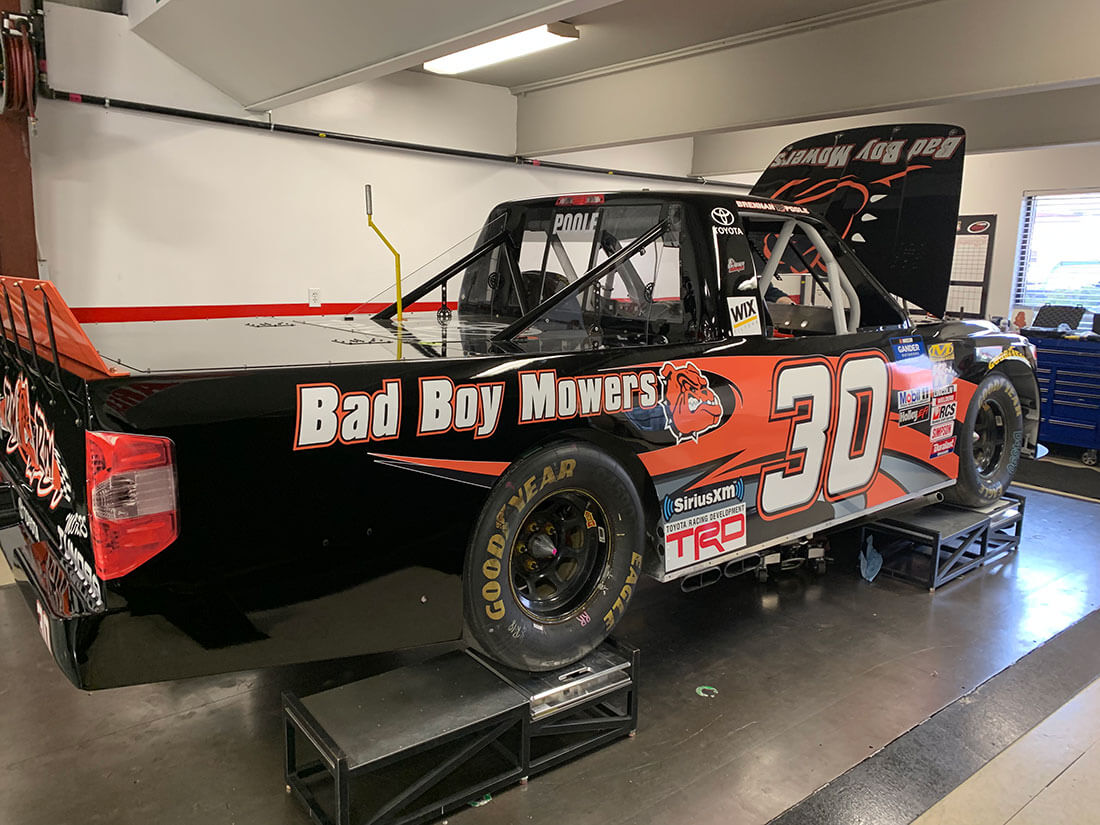 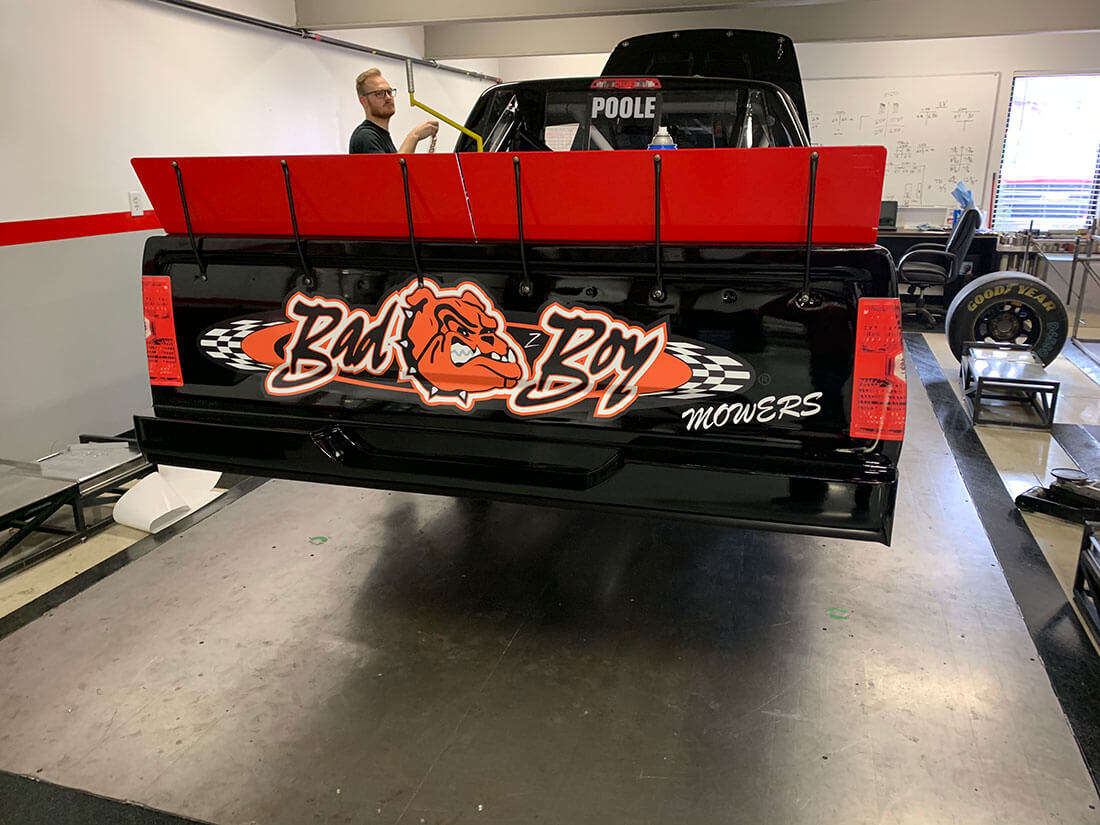 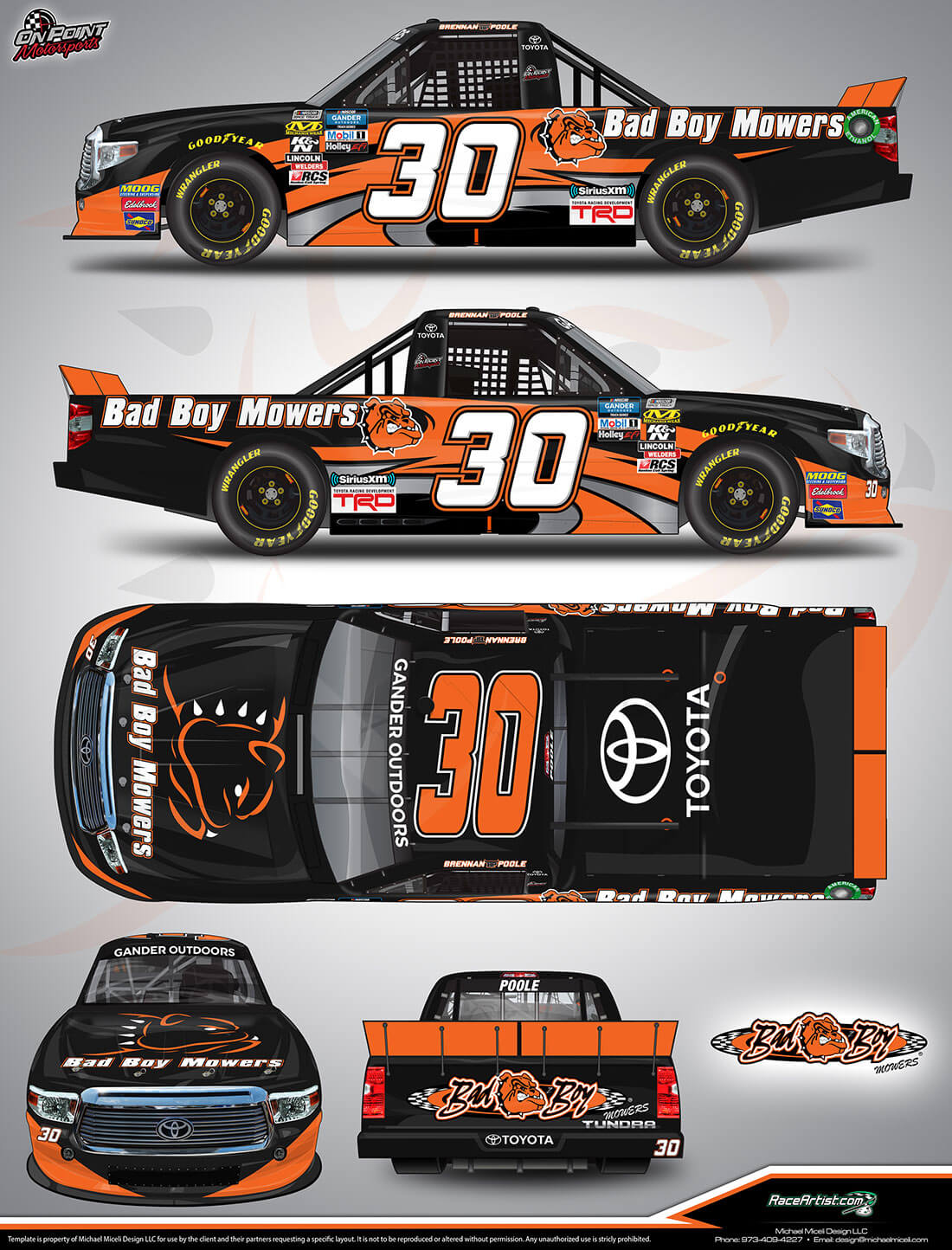