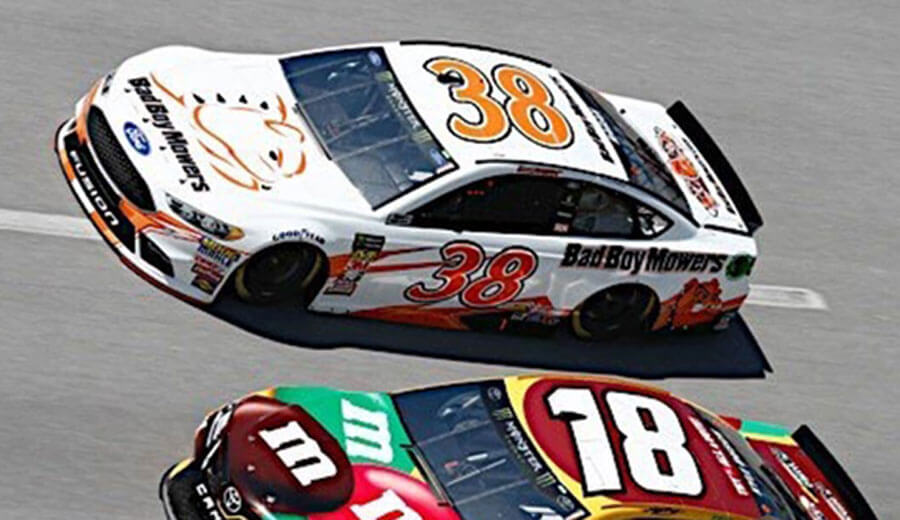 David Ragan, driver of the #38 Bad Boy Mowers Car, finished sixth in the Geico 500 at Talladega SuperSpeedway after starting 12th. In doing so, Ragan extended a current streak of top-10 finishes at Talladega to three consecutive. Given how difficult it is to back up even one top-10 with another, this makes Ragan’s feat impressive.

Joey Logano had a clear race track in his windshield and a pack of fellow Ford drivers on his bumper. That combination helped the Team Penske driver snap a nearly year long losing streak.

Logano won Sunday at Talladega Superspeedway to snap a streak that dated to April 30 of last year. That win at Richmond was later disqualified because his car failed inspection, so the benefits from the victory were stripped and it cost him a spot in the playoffs.

Out front at Talladega, which is usually the worst place to be in the closing laps, Logano couldn't be caught. His Ford teammates were committed to getting a Ford the win, and they waited patiently in line until the closing laps to make their attempt at snatching the victory away from Logano.

Only Kurt Busch was bold enough to make an early move, and he wrongly thought defending race winner Ricky Stenhouse Jr. would go with him. Stenhouse didn't get to Busch in time, Kevin Harvick wasn't prepared for Busch to go so early, and Busch couldn't garner enough steam to catch Logano.

Logano sailed to an easy victory at a track where he should have been forced to defend several attempts at a pass on the final lap. It was Logano's third career win at Talladega.

After the race, David Ragan, driver of the #38 Bad Boy Mowers Ford said, "We had a fast Bad Boy Mowers Ford all weekend. We qualified 12th, and if it wasn’t for my speeding penalty early I think we could have run in the top 15 all day. Kudos to the Front Row Motorsports guys for assembling this car and the team at the shop and the engine shop and even Roush Fenway Racing who put a lot of effort in. Special thanks to Jimmy Fennig for helping us on this car." 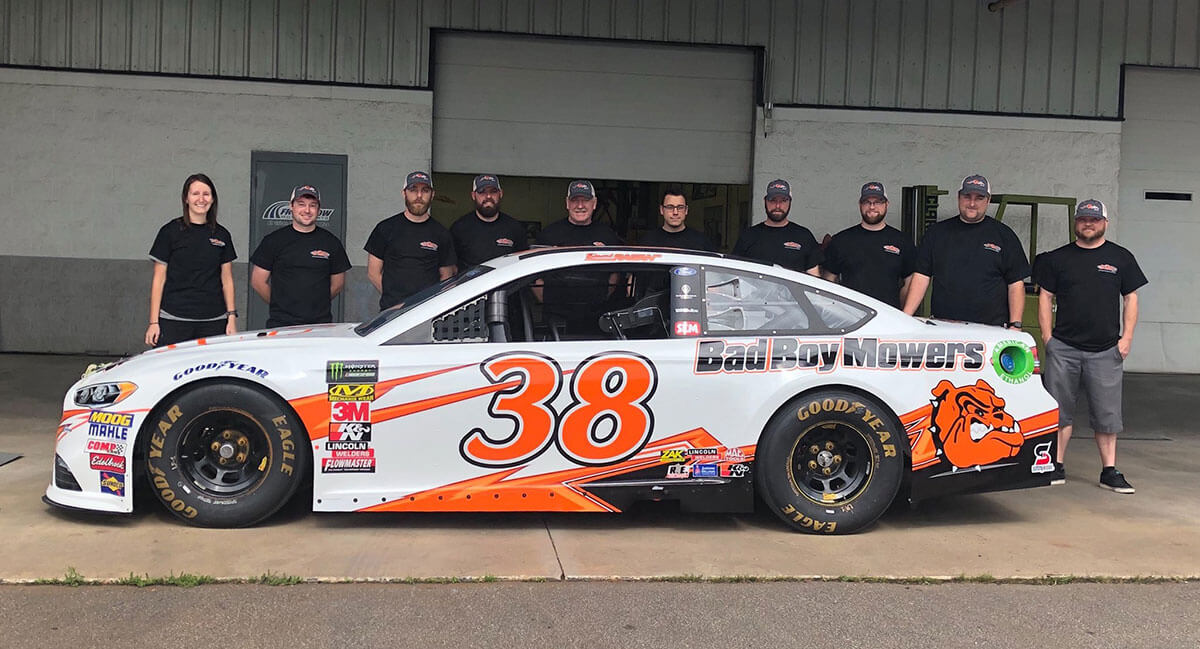 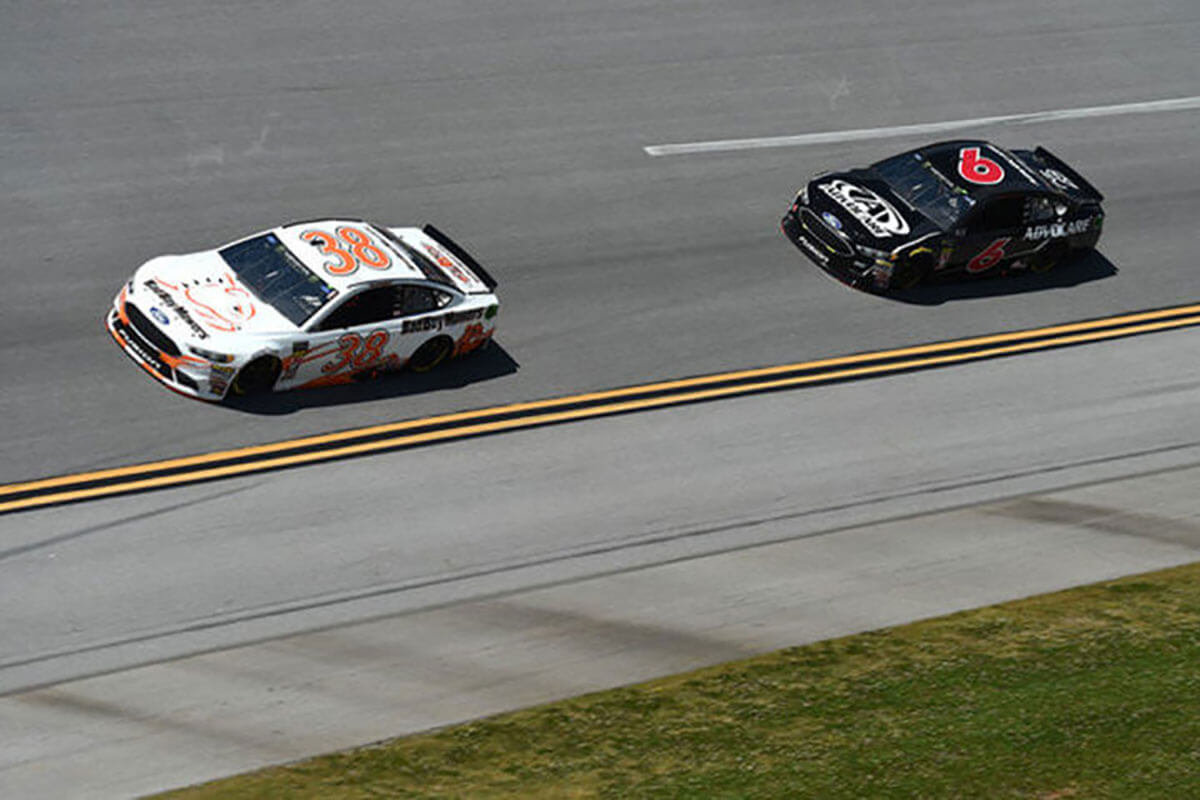 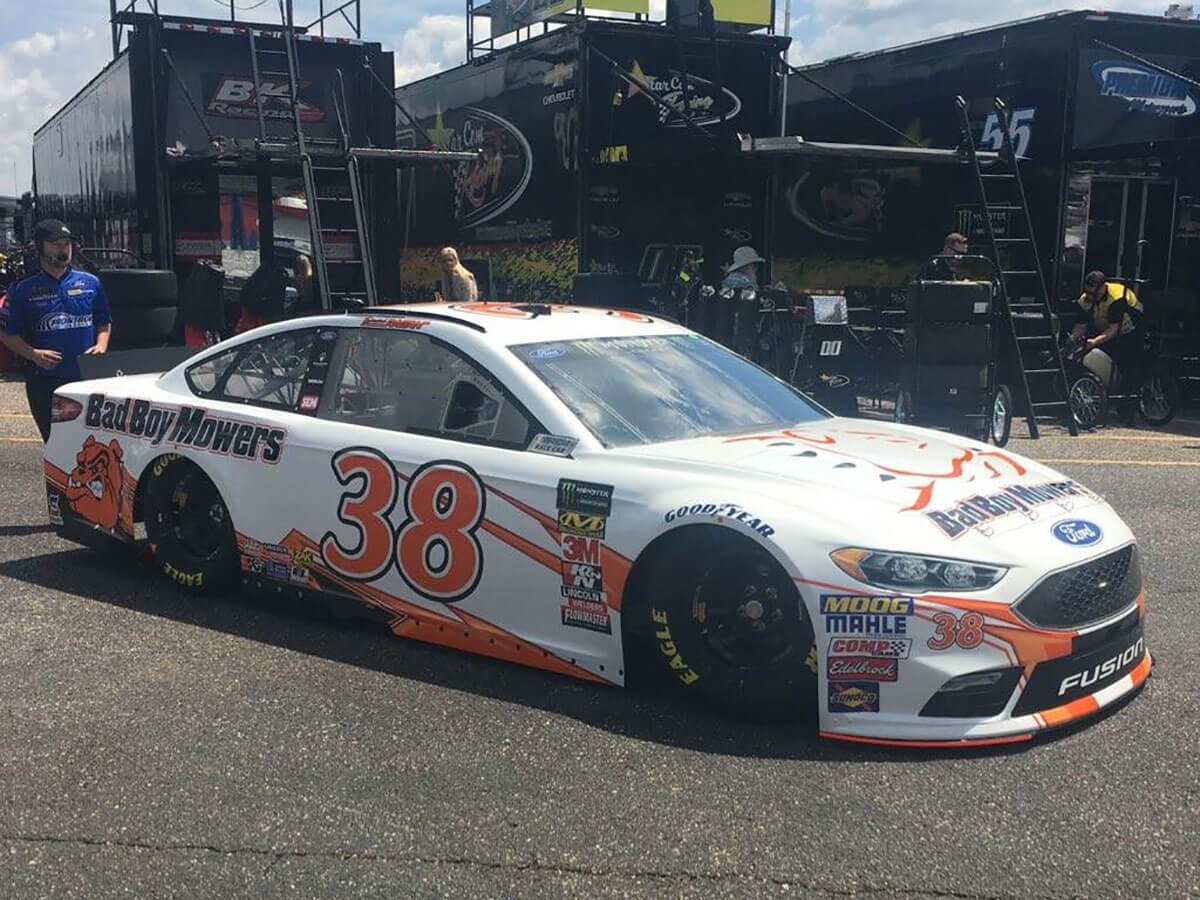 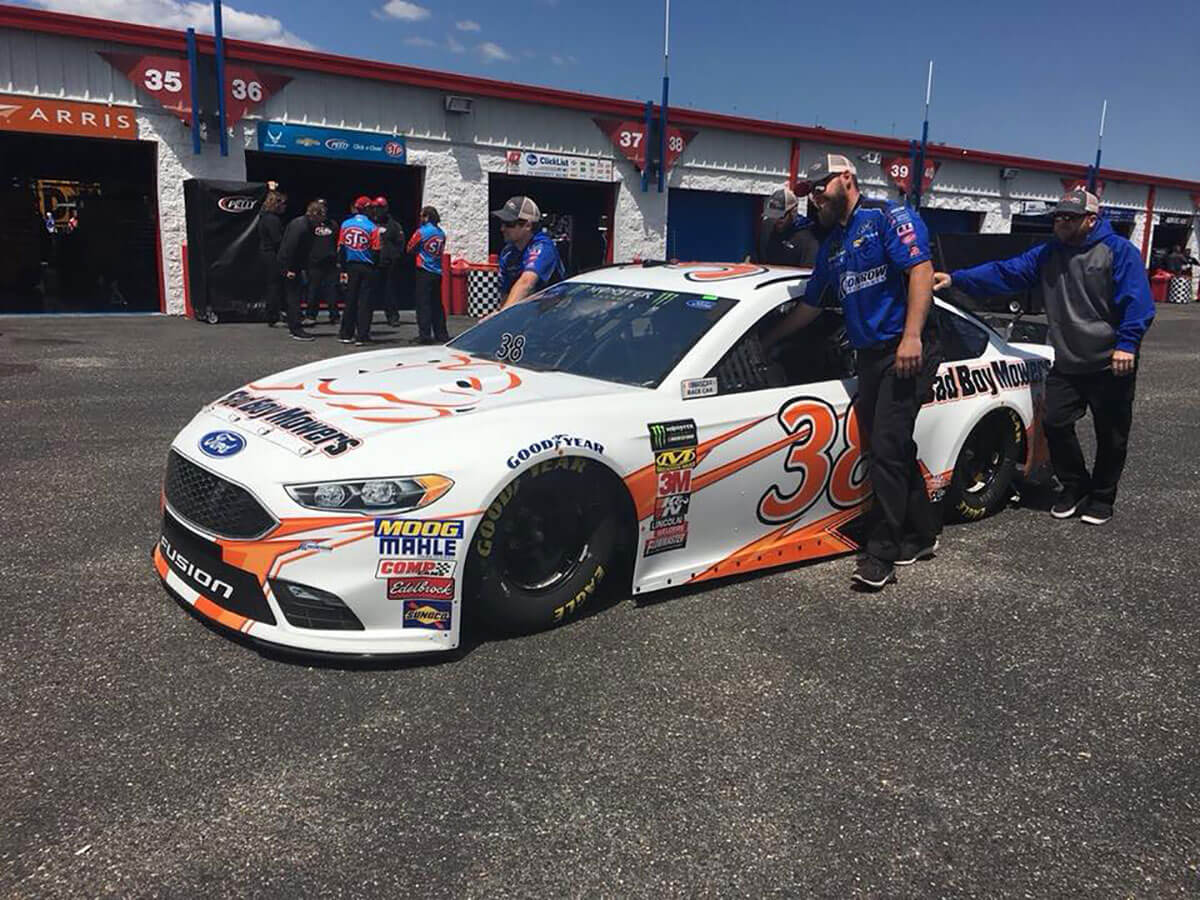 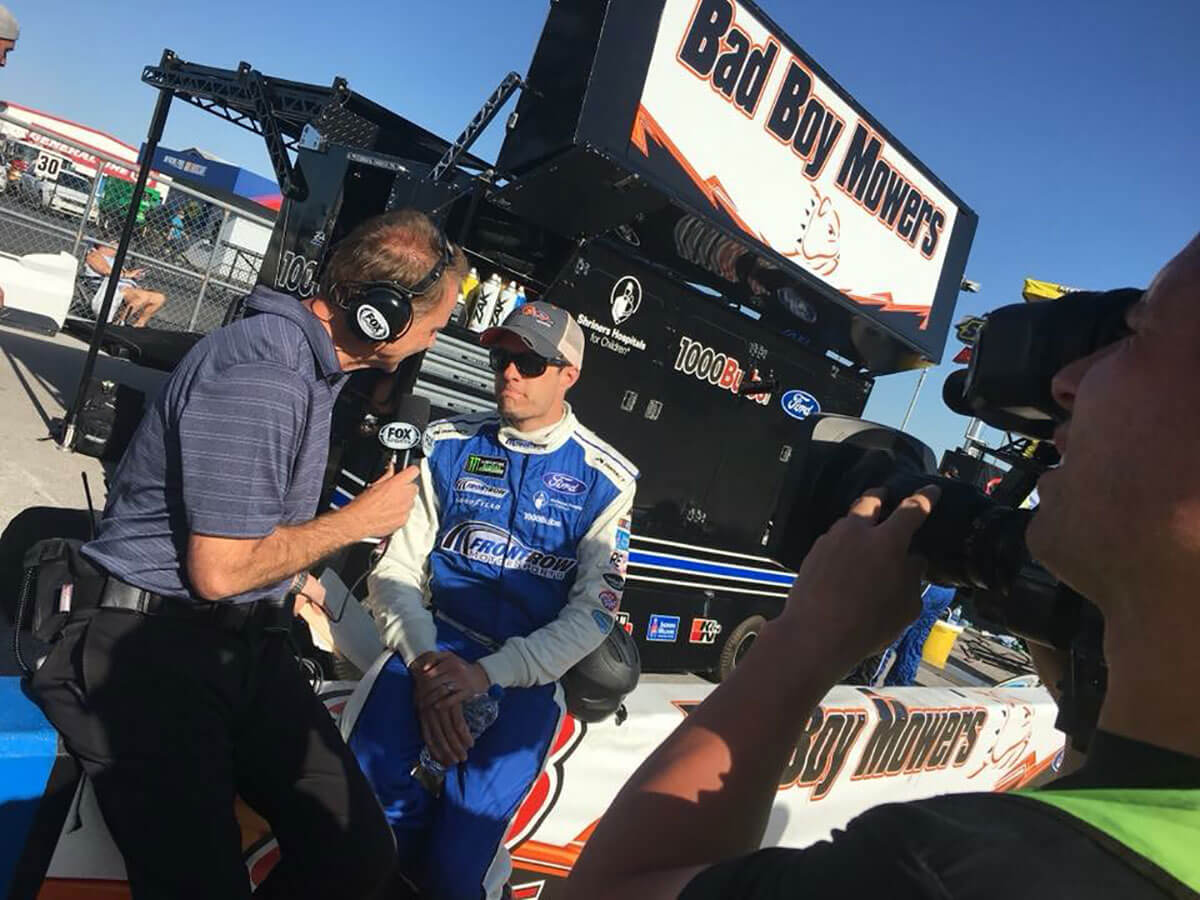 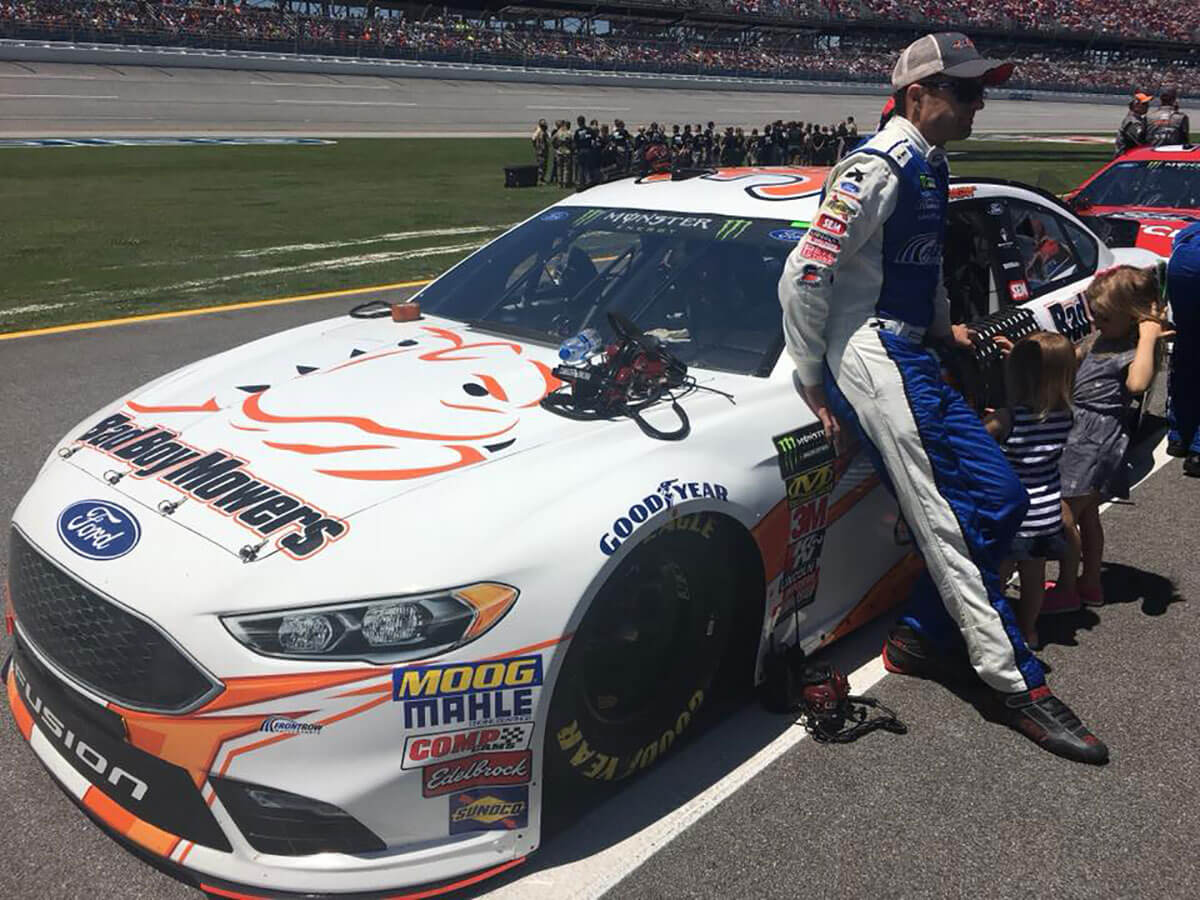 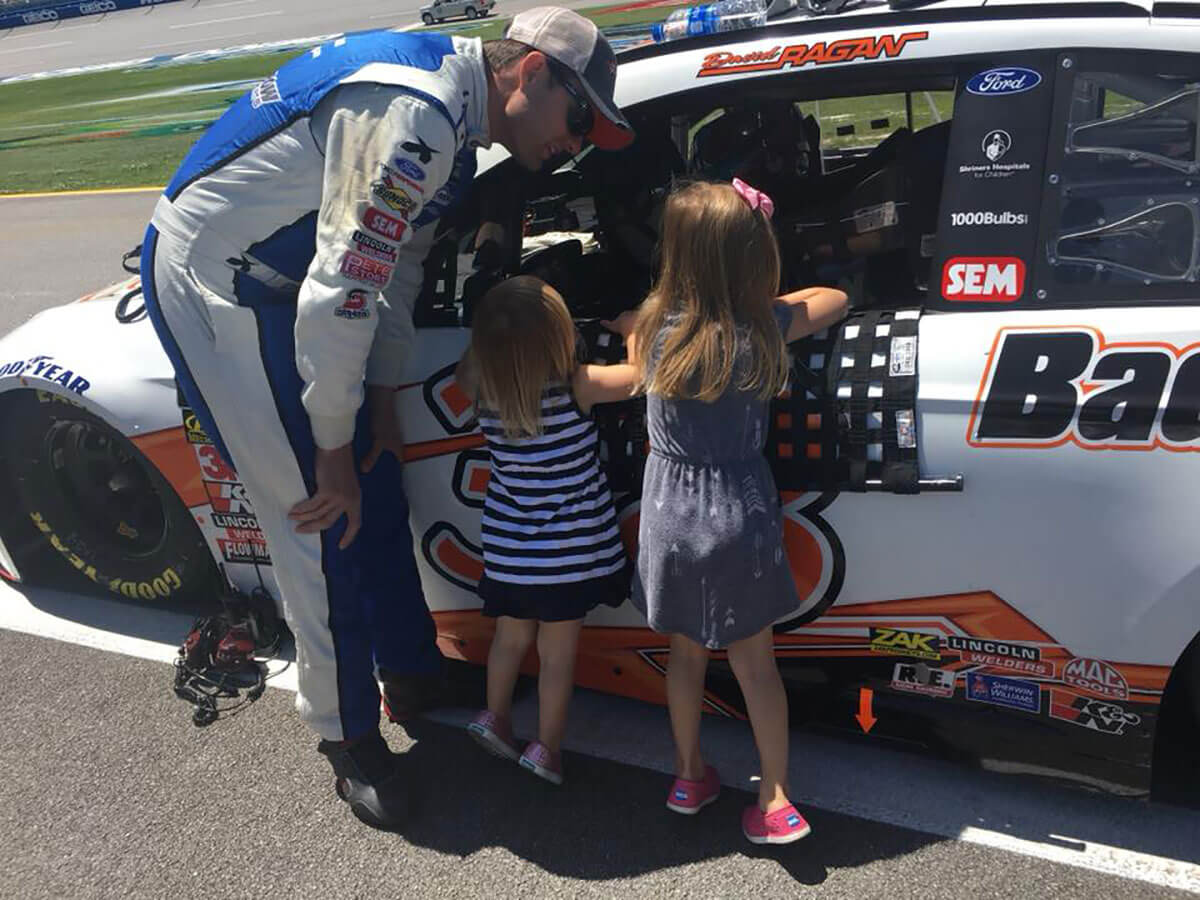 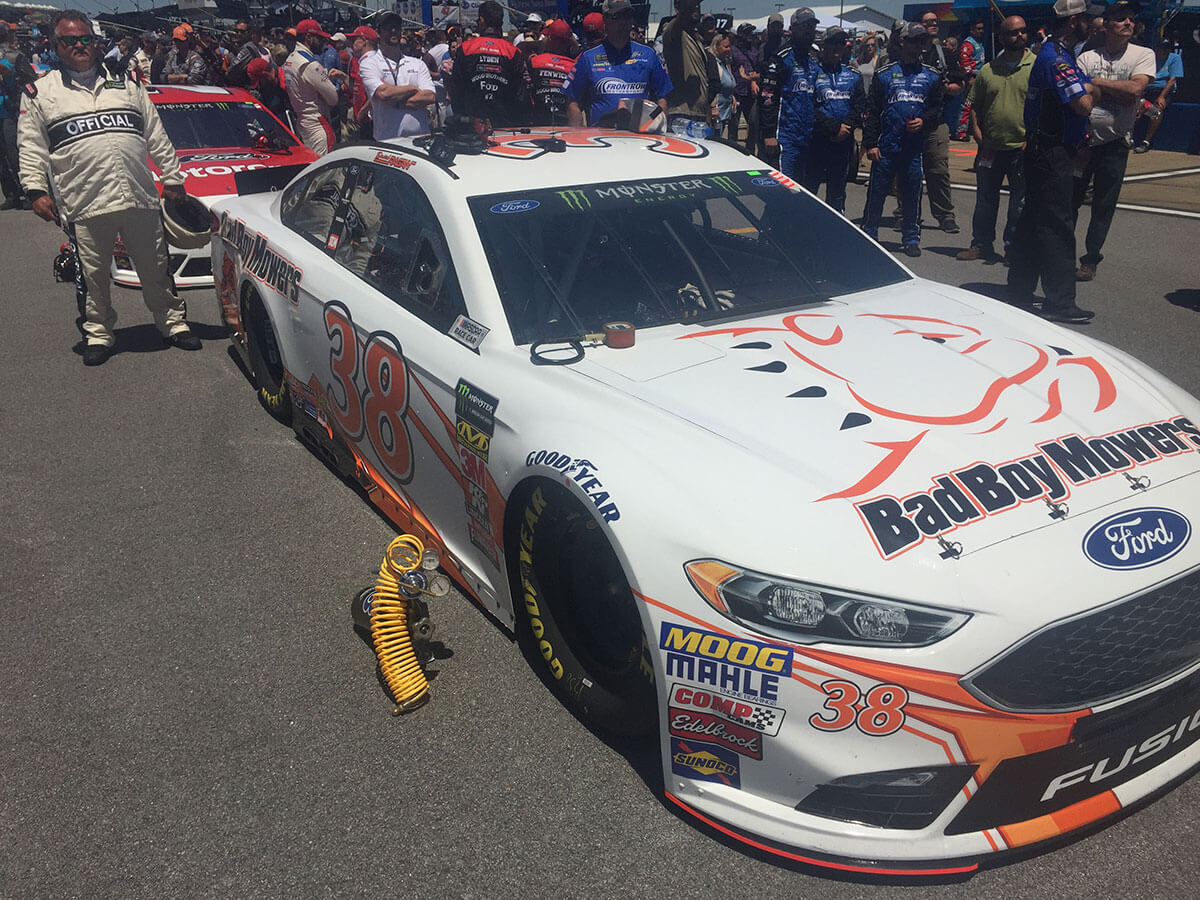 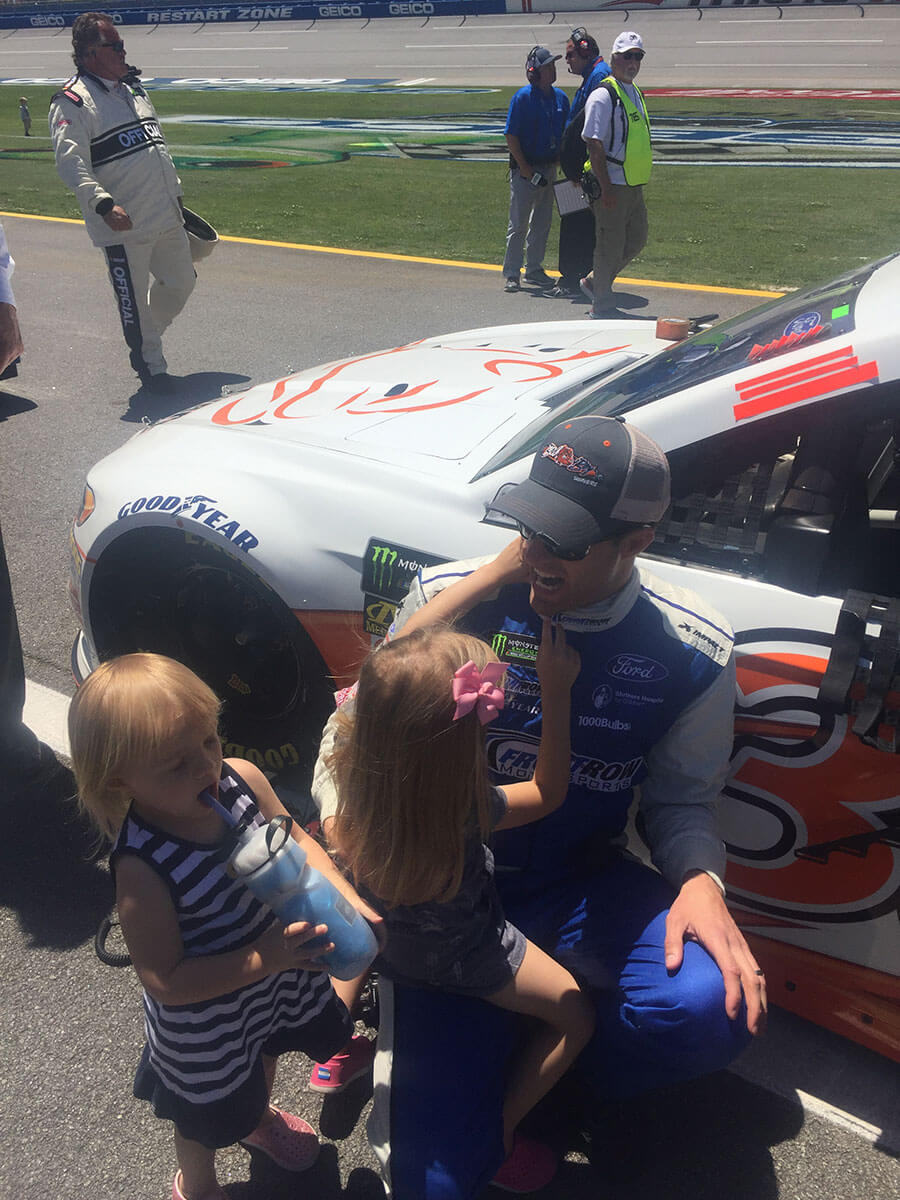 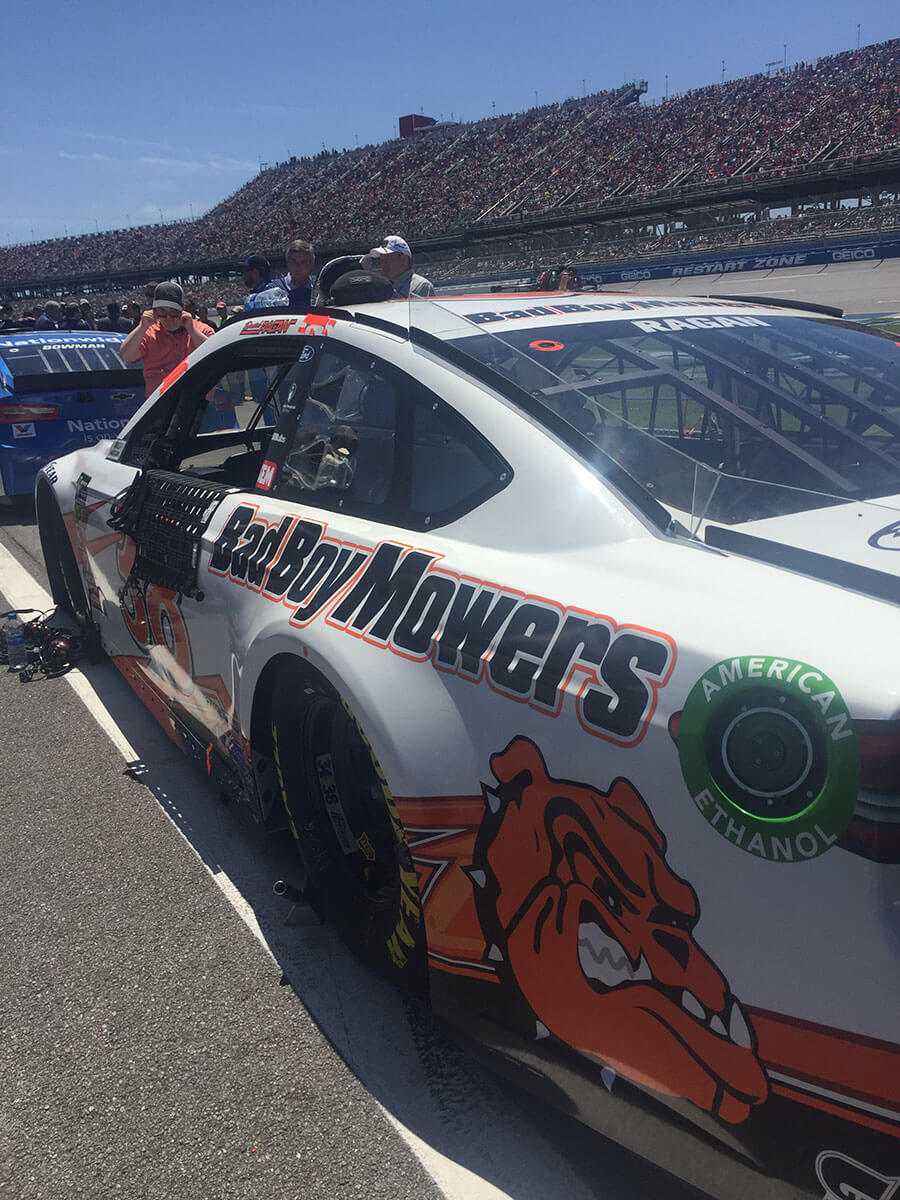 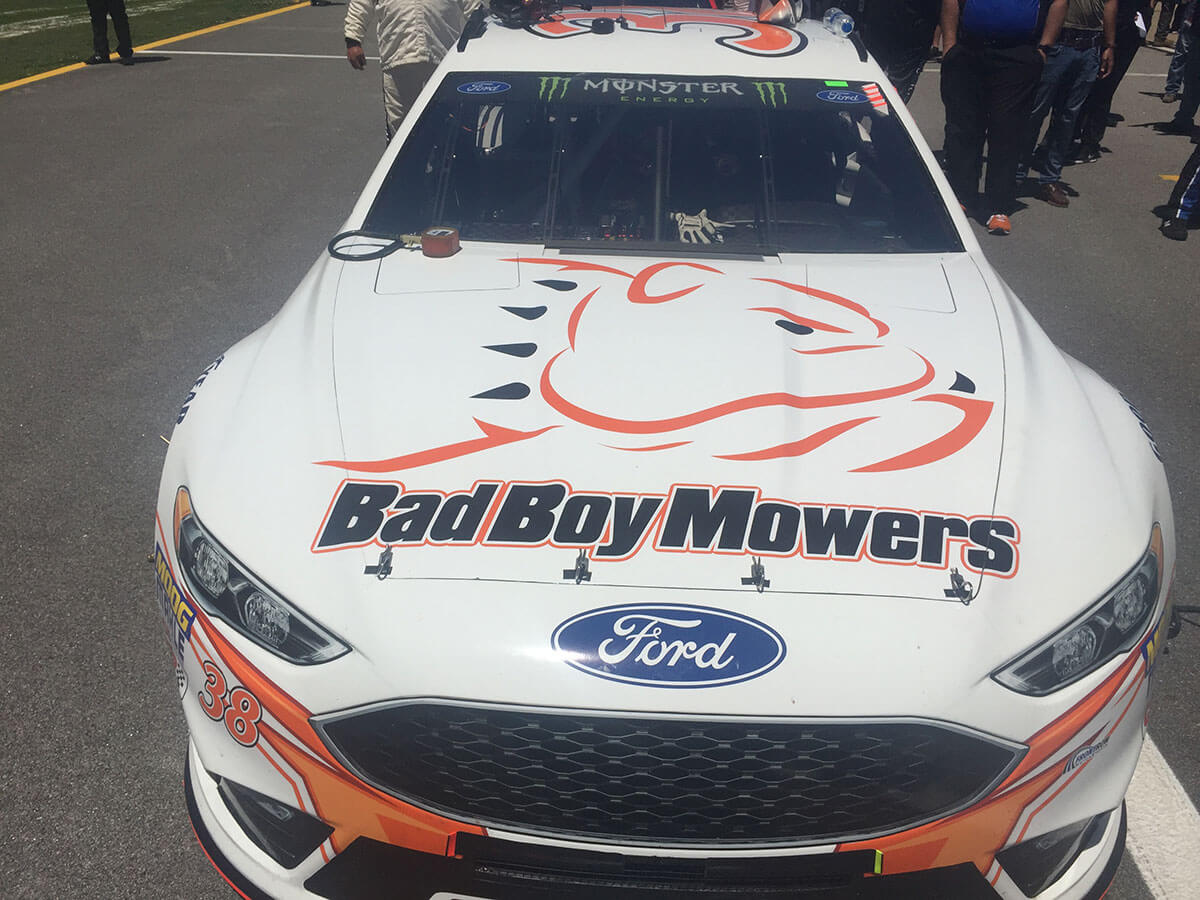 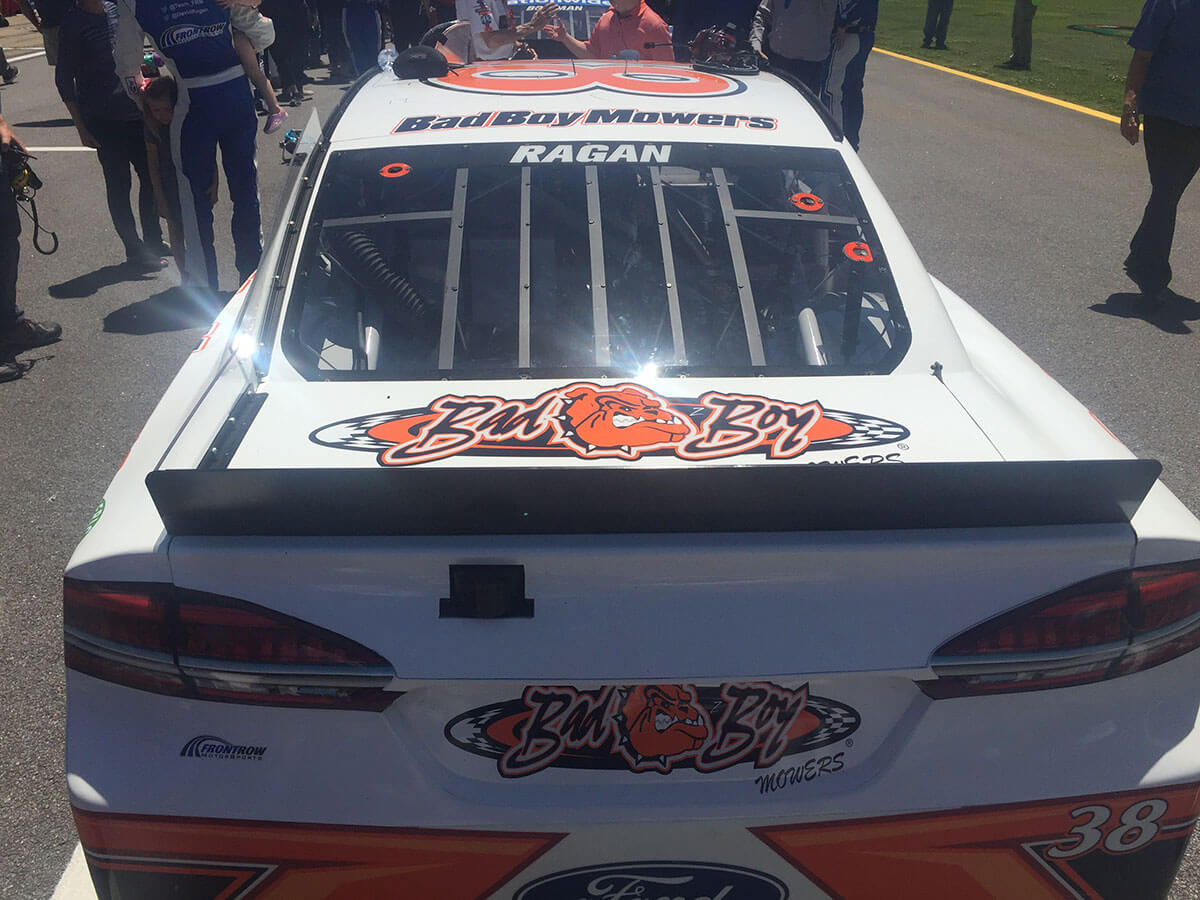